So this Saturday during our weekly trip to the store, it was a big deal that my husband said the kids could pick their cereal. They pointed to the shelf, and my husband picked up the Organic Graham Crunch by Cascadian Farm.

Big mistake! Within 1.3 seconds there were real, physical salty wet tears streaming down my children's faces.

Their little fingers were pointing towards the tried and true Cinnamon Toast Crunch.

At least point I'm pretty sure we had already reached our limit of two meltdowns per Costco  trip. We've learned to choose our battles.

Let's get them both! We will see which one we like the best.

And that is how, while my husband was sick and we had no plans this weekend, we decided to have a blind taste test between Cinnamon Toast Crunch and Organic Graham Crunch.

Our results are not only highly scientific but they are also straight from the consumers ages 5 and 3.* 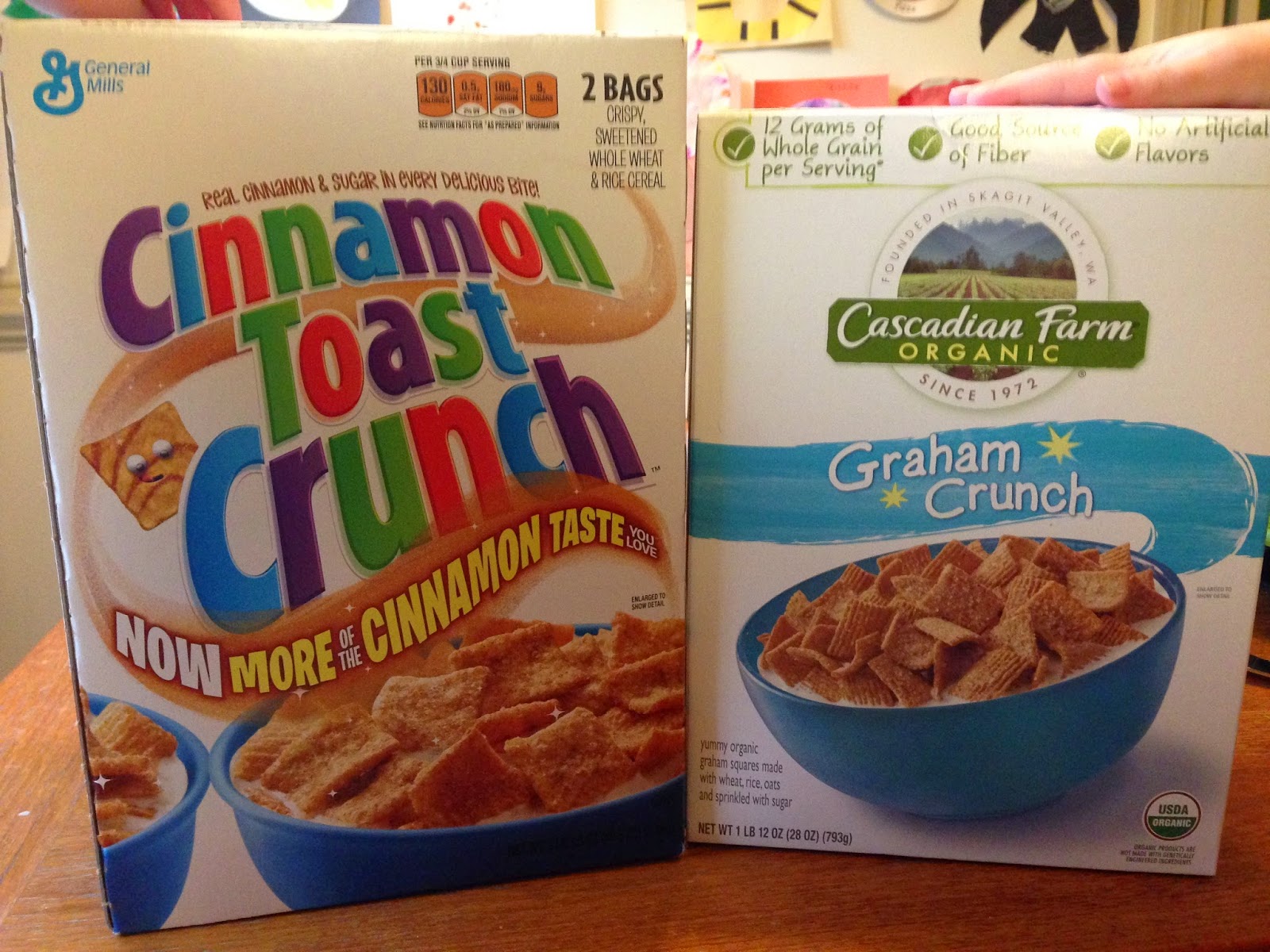 The boxes make the two cereals look relatively the same, but as you can see, the original Cinnamon Toast Crunch has a cute little cereal guy. The Organic Graham Crunch box made my children cry. I personally don't find the box very sad, but they could not even handle looking at it in the store.

It should also be noted that the box of Cinnamon Toast Crunch is 3lbs 1.5oz. The box the Cascadian Farm Graham Crunch is 1lb 12oz and was considerably more expensive.

Now, let's take a look at the Nutrition Facts. 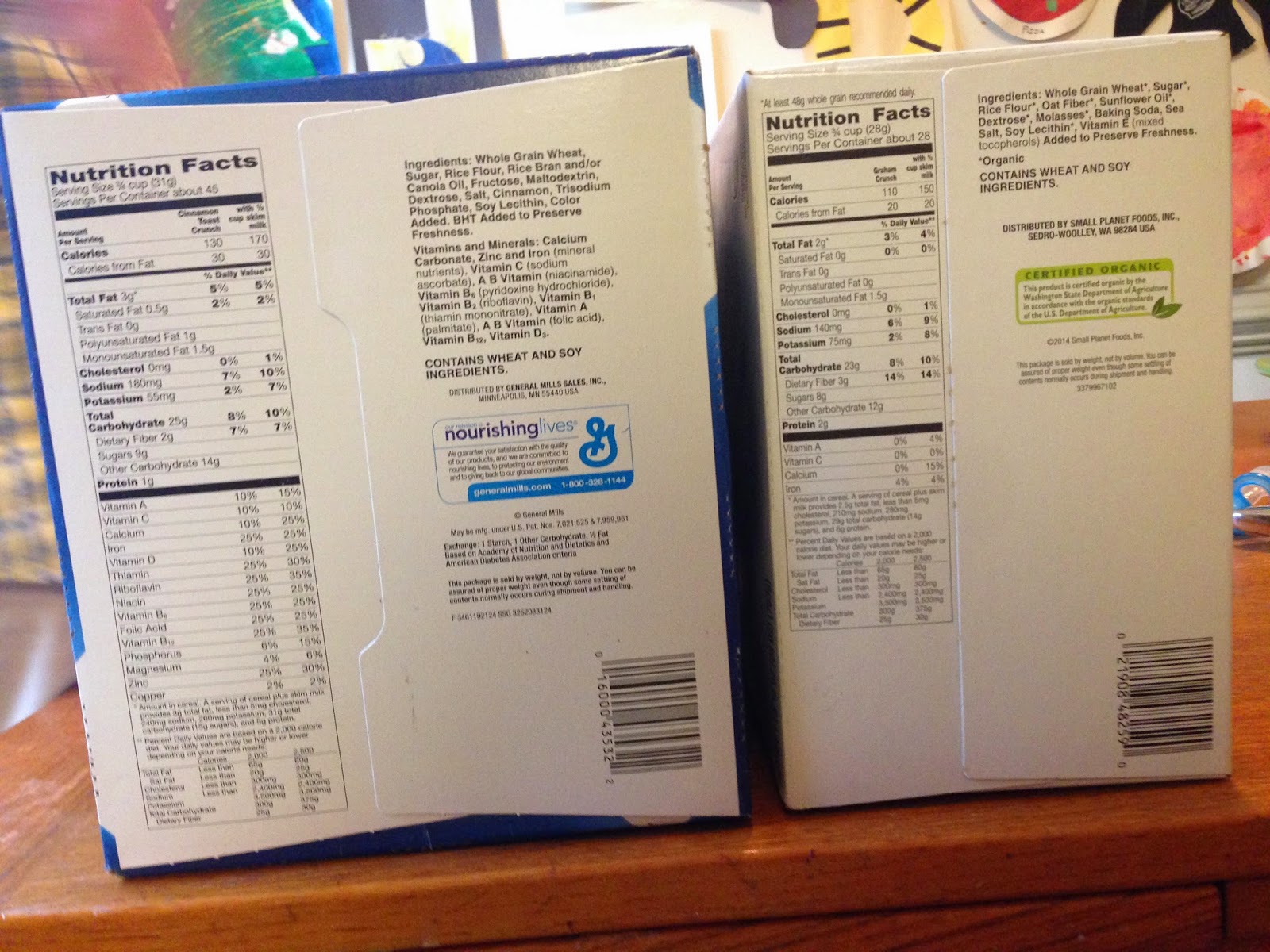 This part actually really surprised me. I'm sorry if it's hard to see very well. Basically, the original Cinnamon Toast Crunch is 20 calories more per serving. While the Cascadian Farms brand has 1 more gram of both protein and fiber, I did not find this enough to be significant. 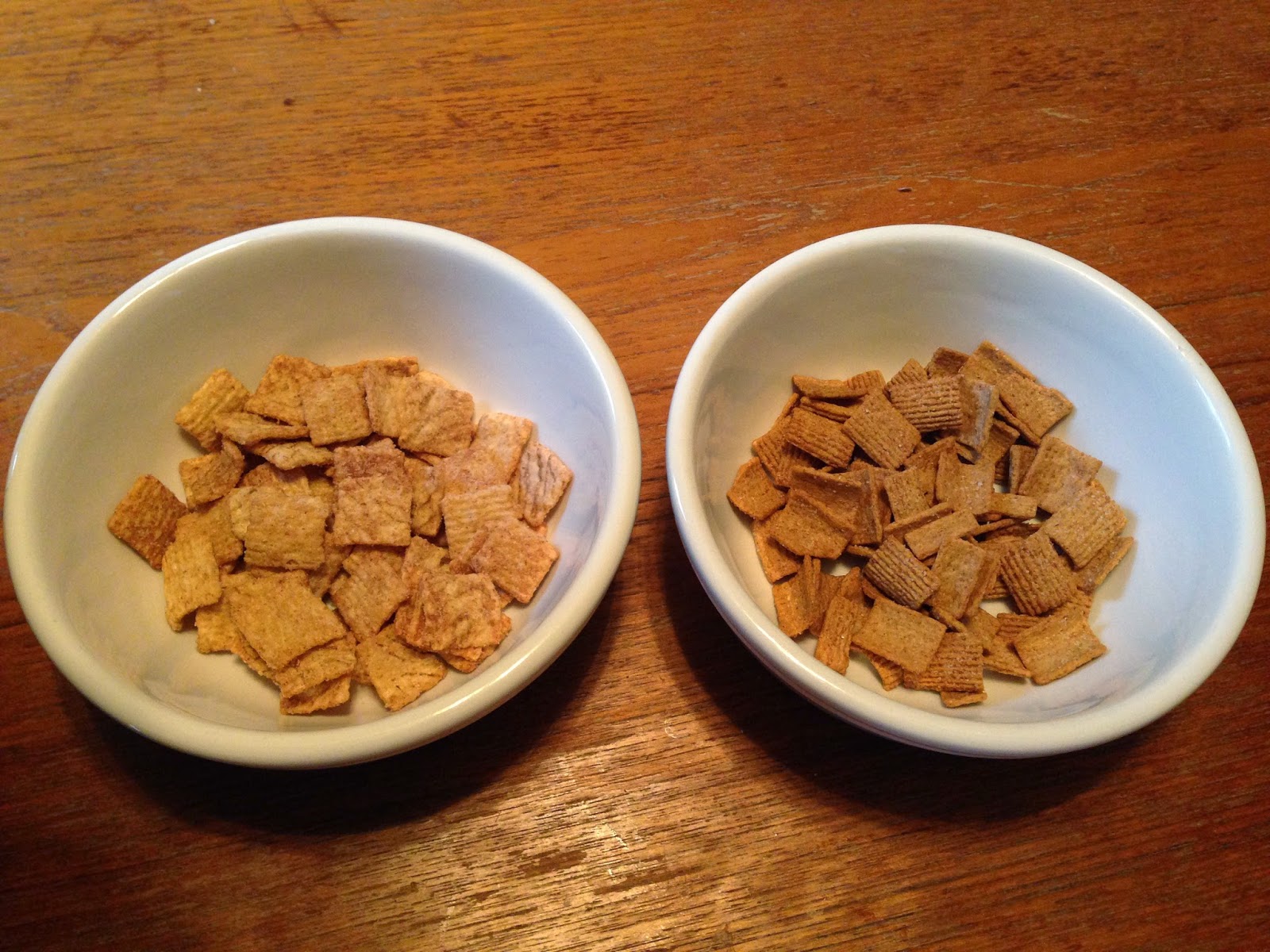 Can you tell which is which?

My kids are not idiots. They knew that the one of the left was the true Cinnamon Toast Crunch. They did eat both brands though. Here is what we noted:

And the winner is: 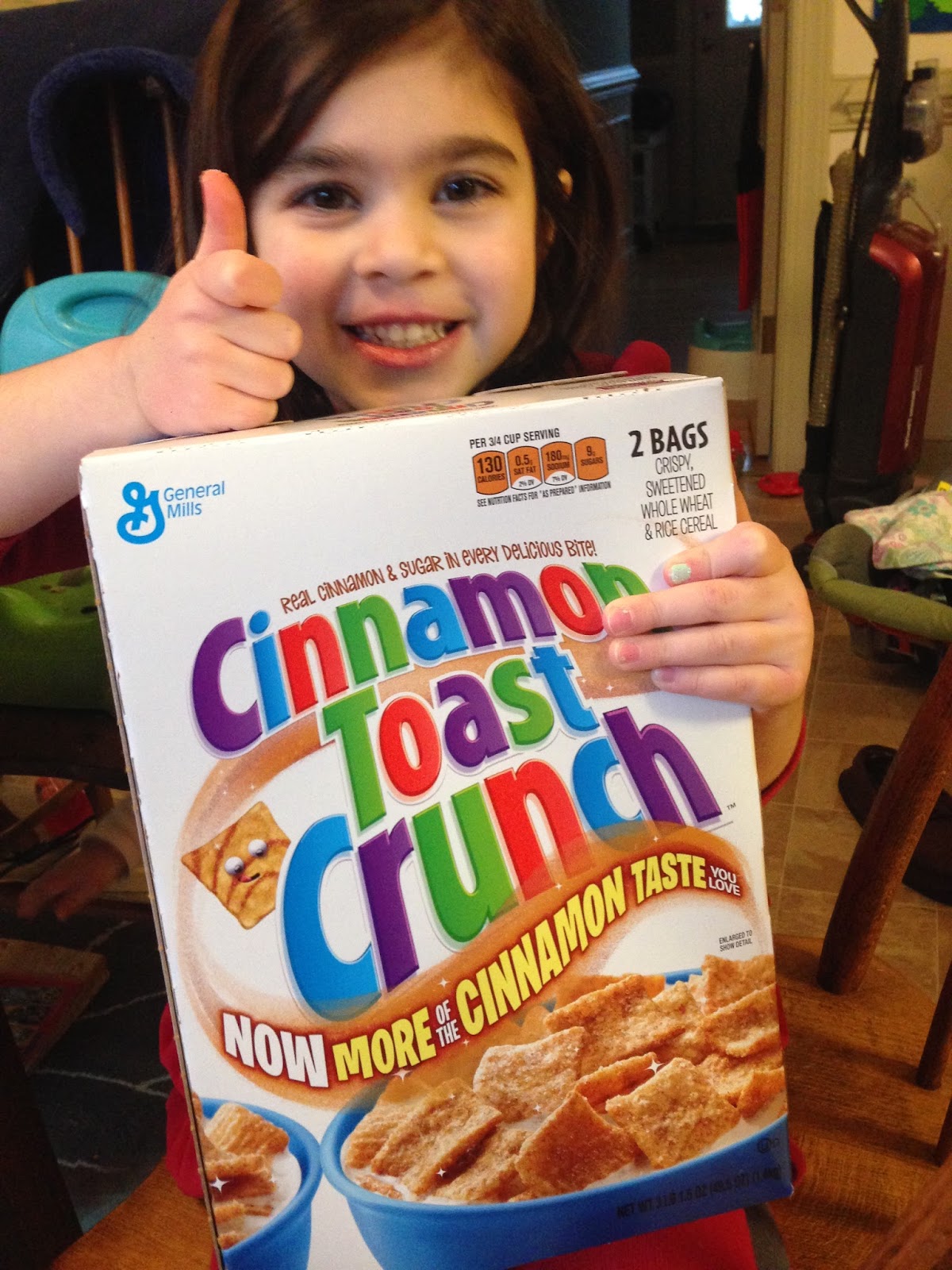 I would love to buy my children only organic food. After looking at this particular comparison though, I've decided that the General Mills Brand is not that bad to eat once in awhile. And it's a crowd pleaser.

* I make no claims as to what is best for you and your family. This post is my opinion only. Thanks and have a nice day.