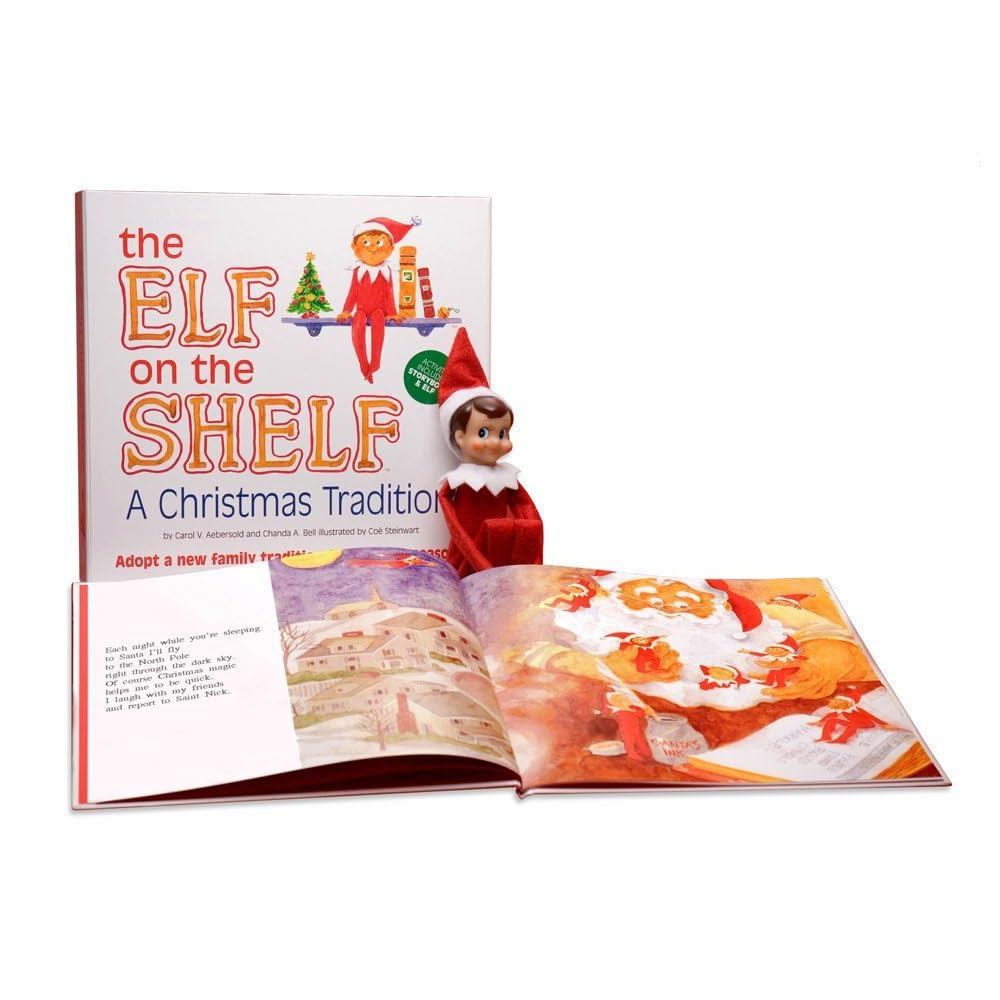 About Elf on the Shelf: Year after year, children and adults alike are baffled by the mystery of how Santa really knows who’s been naughty or nice. After much urging by the elves and Mrs. Claus, Santa has allowed his biggest secret to be revealed in The Elf on the Shelf: A Christmas Tradition . Touted as “The best thing since The Night Before Christmas” this gift set includes a North Pole pixie-elf, hardbound children’s book and keepsake box. Children can register their elf online and receive a special response from Santa.

The fun part comes as a special holiday game. After the Christmas decorations go up, this magical little elf will appear somewhere that your child will notice within the house. What is he doing?? He's keeping an eye on your for Santa, of course! Each day leading up to Christmas the elf (with a little help from mom and dad) will magically appear at a new location in the house. The kids will love finding him, and will do their best to be good little boys and girls during the holiday season. The one major rule is this: you can't touch the elf, or his magic will disappear! If he doesn't have any magic left, he won't have a way to get back to Santa at the North Pole!

On Christmas Eve, the little elf will disappear entirely to report to Santa. :)

I've wanted The Elf on the Shelf

since our daughter was born. This Thursday, she will be two years old, and our elf (whom we have yet to name!) is on the way to our house as we speak!

BUY IT! The Elf on the Shelf


WIN IT! Holly at Nap Time is giving one lucky winner their very own Elf on the Shelf this holiday season. Open to US residents ONLY - please do PO boxes. Winner will have the choice between light-skinned blue-eyed elf and dark-skinned brown-eyed elf. Winner will be contacted by email and will have 48 hours to respond before a new winner is chosen.