The Up-All-Night-With-a-Teething-Toddler Club, accepting applications! {A View on Night Terrors} 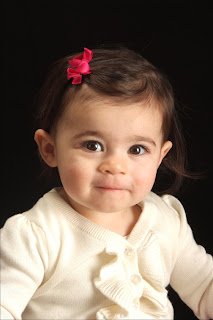 It's been a long week over at our house. AJ is currently cutting 5 teeth, including her top molars, and she is absolutely miserable. On Thursday night we were up all night (literally) after she awoke from a night terror at about 12:30am.
Night terrors are an extremely scary thing for any parent. You hear your child crying out in the night, and you go to her side, but with glassed over eyes she reacts as if she has never seen you in her whole life. She screams bloody murder and thrashes to get away from you, yelling "NO! NO! NO!" and crying hysterically. After 3-4 minutes of panic, you begin to realize that she isn't actually awake. A night terror has commenced, and it's time to wait it out.

After the first time AJ had a night terror, I couldn't go back to sleep I was shaking too hard and so nervous. Was that actually my child in there? I soon began to research and found that the average night terror lasts about 20 minutes, and it's not the best idea to wake a child from it, because that in itself can be an awful experience for them. (Not that I could wake her, I kept saying her name over and over and it was like I wasn't even there.) Most importantly, children do not remember night terrors, and as long as they are in a safe environment, they are harmless.

The first time we dealt with night terrors, they happened 3 nights in a row. I thought my life was forever changed as I accepted this new routine of waking up to a nightmare each night. I found though, that if I turned on the light in her room during the terror that she would gently start to rouse out of it. (Of course, then she was wondering why I was in her room with the light on, and we'd have to start our bedtime routine all over.)

I had taken her to the doctor's office and learned that she had an ear infection in the middle of these 3 nights. I was told that the night terrors are probably not related. But after a couple days on the antibiotics they were gone for good.

Until the other night (a couple months later). What I thought to be teething pain (which has kept us up a lot lately) turned out to be another night terror. Screaming, flailing, banging her head against the side of the crib. It took everything in my power to try to make sure she didn't hurt herself of me. And once she snapped out of it, we were up for the remainder of the night.

First thing in the morning, I told my husband to call the pediatrician's office and make an appointment, because I wanted her ears checked for infection. He got off and told me that the receptionist didn't "believe him" that a night terror could mean she had an ear infection, but we had an appointment made for 9:15am. I told him it wasn't her job to diagnose our daughter, but I could see her snippiness come out when we reached there and I saw on the chart what she had written down for Reason For Visit: "General Fussiness. Ear Infection????" Not necessary. Four question marks. Is that her sign to the doctor that I'm an insane, overly worried parent? I began to question whether or not I should have made the appointment, but at this point I was already there - no turning back now.


The doctor pointed out that my daughter didn't have any signs of an ear infection - no congestion, runny nose, fever, cold symptoms, pulling at the ears, etc, and every sign of teething - teeth poking through, fussiness, and swollen gums. I told him about the night terror she had the night before and that I wanted her ears checked. He told me he had to see another patient but would be back in 10 minutes.
After checking her ears, my suspicions were confirmed - another ear infection. I was happy when the doctor actually commended me for sticking to my guts and bringing her in. Moral of the story... as a mom (or dad) you really DO know your kids the best. And if you have any doubt about anything, give your doctor a call or bring your child in.

As for AJ, she is now back on a stronger antibiotic and she is back to sleeping terror free. I'm not saying it's true for everyone, but ear infections definitely correlate with night terrors in our house.
Does your child have night terrors? How do you handle them? Any advice? 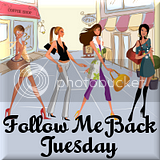